The scientists that changed our thinking about longevity

It used to be that childhood was the most dangerous stage of life.  That means that throughout history, up until modern times life expectancy for most people was between 35-45 years.  That doesn’t mean that older ages were unheard of.  Life expectancy was low – on average – because so many children died in infancy. Back in 1910 infant mortality in the US states that measured it was over 12%.  One in eight babies were destined to die before they reached their first birthday[i].  If you were poor, you stood even lower chances.

One of these vulnerable babies was a little boy called Ancel who had celebrated his second birthday in January of 1906. Ancel, which means fortunate, was living on the bread-line in downtown San Francisco, the son of teenage parents. So far, he had been lucky to survive. Disease, malnutrition and the trauma of birth itself would have taken many of his contemporaries.

At 5.12am on the morning of Wednesday 18th April 1906 his cradle was rocked by a far more violent force than usual. An earthquake. What his frightened parents would not have known is that they were living within a mile of the epicentre of what was to be one of the world’s most devastating earthquakes. 3000 people died and 80% of the city of San Francisco was destroyed. The post-quake horror was as terrible as the tremor itself.  In their zeal to make the streets safe once more, officials requisitioned damaged buildings and mined them causing gas leaks and yet more explosions and further injuries. Fires raged through the streets for three days, depriving the city residents of their belongings, their homes and their livelihoods. People from surrounding states rallied to help, the homeless were fed from soup kitchens, hastily organised and stocked.  That soup must have saved countless lives.

Baby Ancel would have heard the fire engines, perhaps seen the flames of the inferno that followed the quake. He would have felt the frightening roar as those buildings that survived were dynamited, triggering more mayhem. His chilled bones might have been warmed at the hearth of one of those soup kitchens. Throughout his childhood his parents would have told him of their lucky escape and how they survived the aftermath of that terrible devastation. History does not record how his family, three out of thousands of survivors, fared. But in reviewing how this one child progressed through life we have a template for looking at longevity.

Ancel turned out to be fortunate indeed. He grew up to become one of the twentieth century’s most respected nutritional scientists. He founded not one, but three ground-breaking avenues of investigation. His work on diet and metabolism was forged during World War Two and perfected after the war. The way we eat today, many aspects of our health culture and the way doctors assess our eligibility for treatment, are all inextricably linked to this man’s work.

After a succession of dead-end jobs, Keyes knuckled down to science research in his late twenties. He turned down a prestigious job at Cambridge (MS) to found the Laboratory of Physiological Hygiene at the University of Minnesota, an institution singularly lacking in prestige, but one that allowed him complete control over his research projects.

In the 40s, when news of the shortages suffered by those caught up in war reached the US, it must have resonated with Keys. Newspaper images of emaciated refugees amongst the wreckage of bombed out cities may have reminded him of the San Francisco earthquake.   In 1944 he commenced a study on starvation. This experiment, conducted in order to assess how concentration camp survivors might be coaxed back to health, was so audacious that it has never been repeated. Ethical considerations would not allow such extreme research today, even on healthy young men. Under starvation the men started to hallucinate, to become depressed, aggressive to others and self-harmed themselves. The results changed the way we think today about healthy eating and the dangers of the sort of fad diets, that had become fashionable in the 30s. The research made his name.

After the war America became a land of plenty. Reconstruction fuelled the economy, giving people jobs and purpose. Superior technology, like radar and the atom bomb were seen as deciding factors that had helped to win the war. People thought that technology could win the peace as well. During the late forties and fifties food, particularly in America, changed. Cooking became ‘food technology’, fresh produce gave way to processing.  While undernourishment was the concern of the depression and wartime, now excess became the challenge of peace. In 1961 Time Magazine reported that the most common form of malnutrition was caloric excess.

By 1961, 48 million American citizens were overweight. Ancel Keys, by now a respected scientist, very much in the public eye, realised that it was not simple excess that was fuelling the epidemic. Refrigeration, automated processes and packaging aimed at reducing waste was actually starting to reduce nutritional content at the expense of added fats and sugar ‘fillers’. The processed diet was born on a wave of press hype and Maddison Avenue advertising. Modern favourites such as TV dinners, long-life baking and over sweetened confectionary might have looked like the stuff that Mama used to make, but they were far from the real thing.

Food manufacturers soon learned the taste benefits of adding shelf-life extenders such as sugar and salt. Sales, as well as profits, could be increased by increasing these ingredients, enhancing the flavour and pumping-up the portion size. Cheap fats, sugar substitutes such as corn syrup, emulsifiers, artificial flavourings and colourings all went into the mix. It made for cheap, luridly attractive food that lasted well on the supermarket shelf, or in the ‘Frigidair’ a device that every American home suddenly possessed.

Keys foresaw that this new food might not be as healthy as the real thing. Indeed, while he was on holiday in Italy he spotted that the Mediterranean diet might just have the edge on Coca-Cola, Big Macs and Krispy Kremes.

Unlike his own experience of the San Francisco earthquake, a natural disaster, Keys found himself at the centre of a far more malevolent and man-made crisis – an obesity epidemic[ii].

After the war, Keys’ fame had delivered to his Minnesota institute a flood of prestigious funding. He could pick his topic. He decided to travel the globe, investigating how different dietary habits might influence our chances of longevity. His most influential study, The Seven Countries Study, compared diets and cardio vascular disease rates in the US, Finland, Netherlands, Yugoslavia, Italy, Greece and Japan.

The scale of the study, the sheer number of subjects involved and the length of time over which he observed them, made his findings statistically significant and potentially devastating to the US food producers. Keys showed that a Mediterranean diet, high in fish, fibre and fresh produce, but low in saturated fats, was delivering far lower death rates from the biggest killer out there – cardio vascular disease. The risk for US men was ten times greater than that of some of their Mediterranean brothers.

Since then, there has been fierce debate regarding which part of the Mediterranean diet was responsible for that difference. Keys was criticised for laying the bulk of the blame on saturated fats. Though if you read his work, he makes it very clear that he considers the totality of a Mediterranean diet, together with the lifestyle, to be all important. In recent years some celebrity health pundits have even questioned the statistical basis of the research. But today, because of Keys work, everybody in the UK will have their cholesterol, LDL and HDL[iii] levels routinely monitored in a blood test. If the result comes back too high, especially if you are over fifty, if you’ve ever puffed a cigarette or if you have high blood pressure, you will be offered statins. The global hyperlipidaemia drugs market size is expected to reach US$ 22.6 billion by 2022[iv].

At the time, Keys would counter criticism by retorting that he could show the proof of 5,000 cases. It is the power of numbers in epidemiological studies, such as those undertaken by scientists like Keys, that impact our thinking. Today studies can recruit hundreds of thousands of virtual subjects, gleaned from digital health records. Because the basic measures we use, such as weight, blood lipid levels and blood glucose levels are universal, we can now compare many different studies, finding agreement in some hypotheses and disparity in others.

The nutritionist Ancel Keys, who was the first to observe the differences in longevity between simple Mediterranean peasants and wealthy North Americans, practiced what he preached. He and his wife ate home-made Italian food most of the time, publishing hundreds of healthy recipes. They exercised every day and watched their weight. They spent their latter years in the southern Italian fishing village of Pioppi, where they ran an institute and summer school. Ancel lived to the age of 100, remaining working and physically active well into his late nineties. A cyclist friend visited the town recently and remarked on its elevation. Perhaps in the end it wasn’t just the Mediterranean diet that gave Ancel Keys and his wife an unusually long lease of life, but all those healthy hills as well[v]. 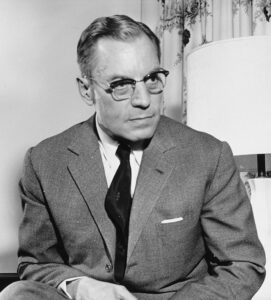 A beta reader is a test reader of an unreleased work (similar to beta testing in software), who gives feedback to the author, from the perspective of an average reader.  If you’d like to help me get this book as good as it can be, I’d love to hear from you.  You’ve got plenty of time to make up your mind.  The chapters will be ready from June onwards.   I’m sorry there is no fee for this work, except a free copy of the finished book and an acknowledgement.  This is not a commercial exercise.  Say Tomato, the publisher of the book and of the website is run as a self-financed social enterprise.   I shall be eternally grateful. Any profits from Glorious Summer will be directed into Say Tomato’s work for women over 40. 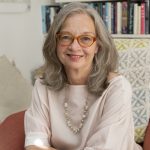